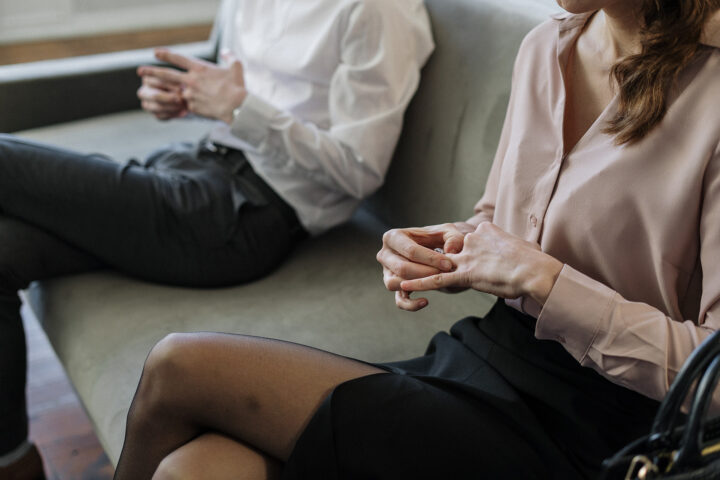 “I can’t get divorced because God will hate me.”

“I have to stay married because divorce is a sin.”

Whoa!!! The drama. The last thing a person going through divorce needs is to hear how much God hates it, or what terrible, fiery, burning-in-hell outcome is going to happen because of it. But this is actually what people sometimes say to themselves who are going through the process.

Let’s be clear: going through a divorce is its own special hell. I don’t think the majority of people who go down this path take it lightly. Often it has taken people years and they’ve exhausted every effort to get to this decision. They are aware of the pain of it, the church’s opinion on it, and what Scripture says about it.

People who decide to go through divorce usually have tried many things and years to fix their relationship, and they have suffered greatly in doing so. And after all the attempts (and hopefully some in-depth couples counseling) they finally decide that the fiery burning hell they are living in (and maybe displaying to their children) is far worse than the potential fiery burning hell on the other side. So they decide to take steps down a path they believe will lead to healing, wholeness, the forgiveness of themselves and their partner, and allow them to have a reasonably happy life on this planet (maybe in a pretty green meadow) and provide the same for their children.

After many attempts at repair, God released me. This moment is hard to describe to others because it was such a Holy Spirit, intimate moment between the Lord and me that I don’t know how to describe. It was very clear. And not only can I not do it justice of what a beautiful moment and feeling it was for me, I feel like I would be doing the Lord a disservice to try. These are private and intimate moments we have with God, our Father, and we have to trust that we can hear from the Lord, at times with great clarity, and hold that as truth over what others are saying. There are Biblical reasons for divorce* that are important to know, because I won’t pull out one of two Scripture and try to make those the entire explanation, just like we can’t pull one Scripture out of context and generalize it to all people in all situations.

I have come to learn and see that God hates divorce, not for the sake of divorce, but because of the pain it causes His beloved children. You are His beloved child. He created you. And just like we don’t like to see our children in pain, He doesn’t want that for us either.

This is where you have to know your truth – why you made the choice you did. Write it down and carry it in your pocket if you need to. Although you don’t have to explain yourself to anyone, I know that it can feel supportive to know it in your head and heart so that you can rebut it if needed.

Lastly – you need to forgive yourself. Jesus died for you and you don’t want that amazing sacrifice going to waste by not picking yourself up and moving forward. The next time some unknowing fool pulls Scripture out of context and says to you, “God hates divorce,” you can smile and say to yourself (or out loud), “God isn’t so thrilled with those who judge either.”

*Here is a great article that goes deeper into Biblical reasons for divorce: https://www.crosswalk.com/slideshows/5-things-you-need-to-know-before-you-say-god-hates-divorce.html

Learn how to start healing from divorce with our 100% free video series and downloadable worksheets.

We help you figure out the first steps toward recovery, how to talk to others about your divorce, how to manage your anxious thoughts, and more.